Do you like black coffee? I do but don’t remember when I started drinking it that way. I used to load it up with cream and sugar until one day I decided to try something new. I picked up the pot, poured a cup of coffee, and sipped it black. I haven’t looked back.

Some folks shudder at the thought of black coffee. The taste is strong and can shock the unprepared palate. For me, now, the stronger the better.

Professing Christians can be this way with the Gospel, and I’ll share some survey results that demonstrate it. 90% of Southern Evangelicals say “amen” to the statement, “Jesus Christ’s death on the cross is the only sacrifice that could remove the penalty of my sin.” That’s a healthy number and important because Jesus’ atoning work is the heart and soul of the Gospel.

Here’s another figure. 89% of Southern Evangelicals agree that “Only those who trust in Jesus Christ alone as their Savior receive God’s free gift of eternal salvation.”

Between the two you could say we’ve got a pretty good handle on our soteriology (the doctrines of salvation). However, something sticks out to me. 71% strongly agree with the first statement, but only 66% with the second. Why the slippage?

I wonder if that 5% represents a lot of folks who are afraid to draw a line and say, “Yes, Jesus is the only way by which men may be saved.”

For some, that’s hard because we have family members who don’t embrace Christ. Or, we have a false sense of mercy and want to believe everyone’s getting into heaven somehow. Or, we don’t want to be perceived as “zealots” and excluded from the office parties or the friendship circle at school.

Jesus tells us we have to take him like black coffee. If you add anything to him, you will face his wrath. Jesus’ disciples must hold their convictions firmly.

With Christmas upon us, remember what Jesus demands. He entered the world as a warrior-king whose mission was to crush the Devil’s head (see Genesis 3:15). But in his mission of conquest, he suffered a fatal wound, dying on the cross, being buried in a tomb, and continuing under the power of death until his resurrection. Having undergone that to rescue our dying souls, he will not share glory with any other. As the eternal Son of God, neither should he. 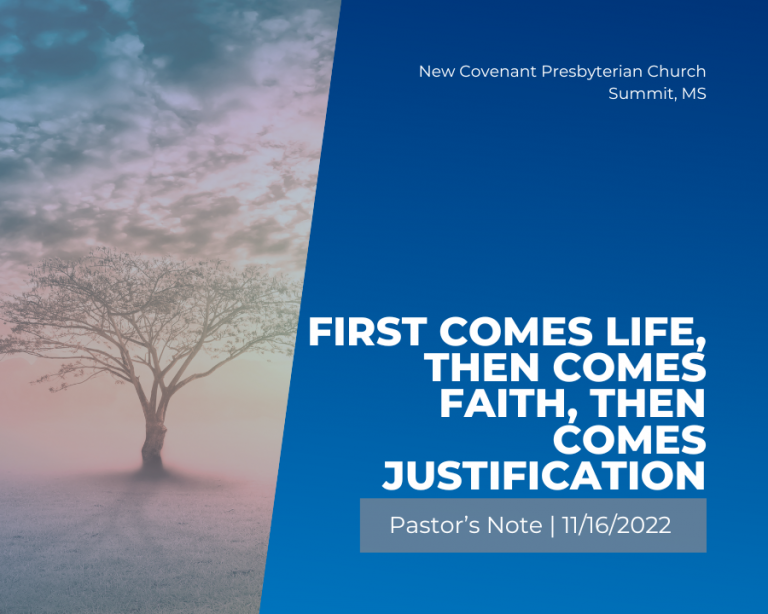 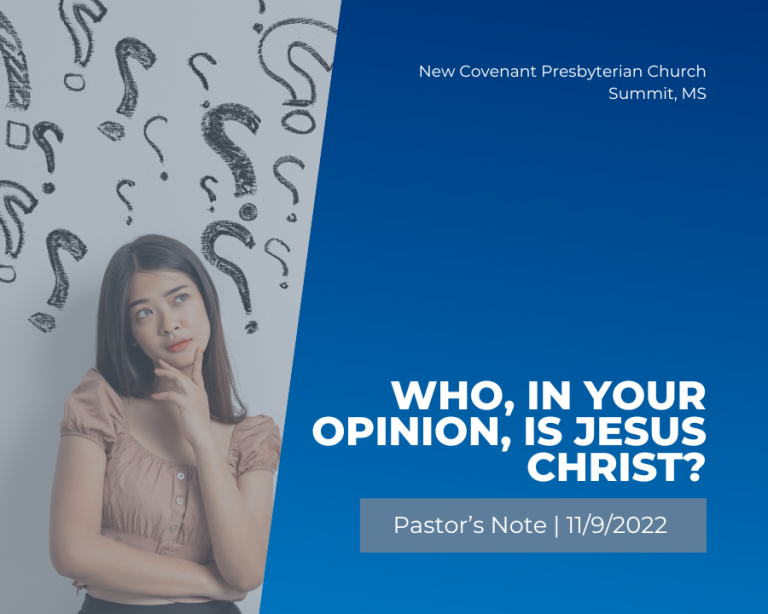 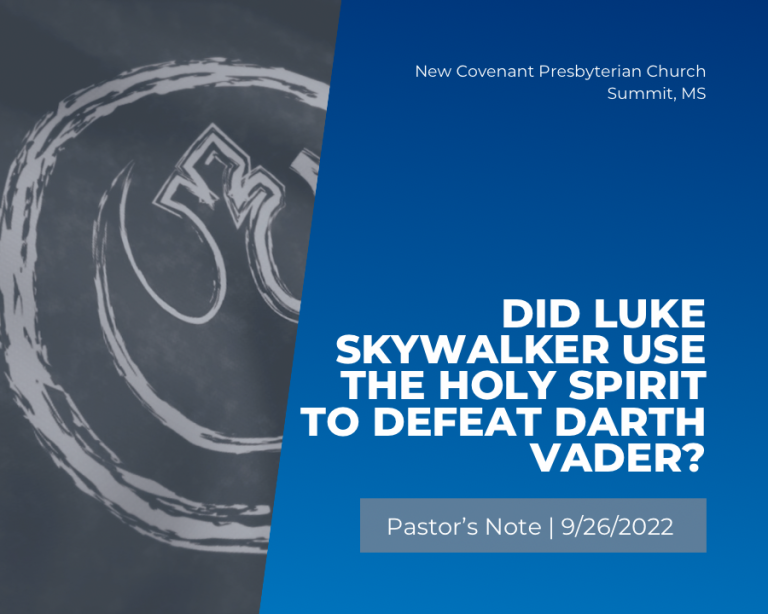 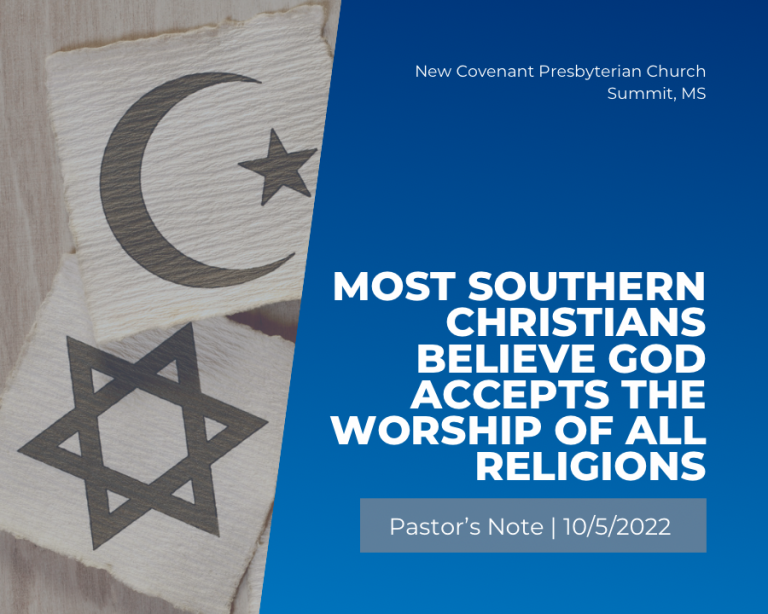 Does God accept Muslim worship when they perform the Five Pillars? What about other religions? Does he approve of all worship? If you answer “Yes,” congratulations, you agree with 58% of Southern Evangelicals. In fact, 39% of survey respondents indicated they “strongly agree” with the statement: “God accepts the worship of all religions, including Christianity, Judaism, and Islam.” Unfortunately, this is a case in which the majority opinion is badly wrong. 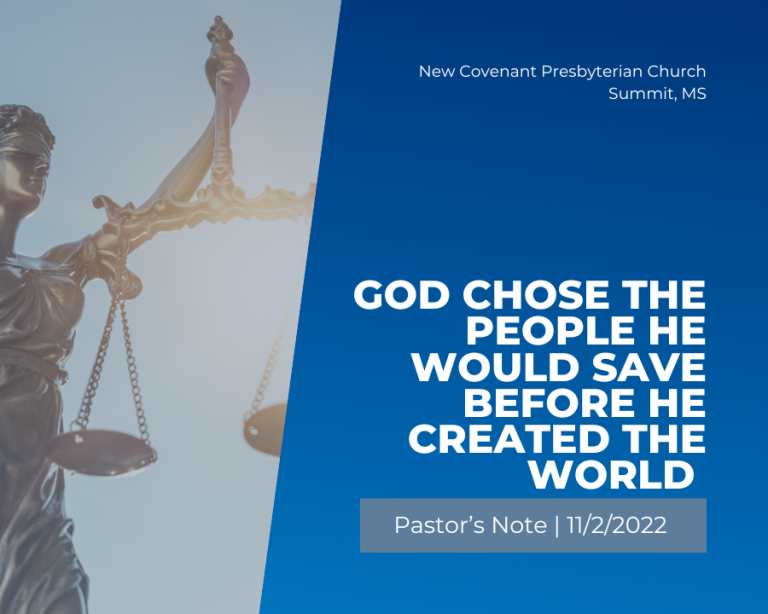 Logically, Calvin argued we must conclude that God chooses whom he will save and passes over the rest. For those chosen for salvation, God provides every means – primarily preaching and prayer – to bring them to a saving knowledge of Jesus Christ. Those God passed over he permits to remain happy in sin until the day of judgment. And, he made this choice before he created the world.